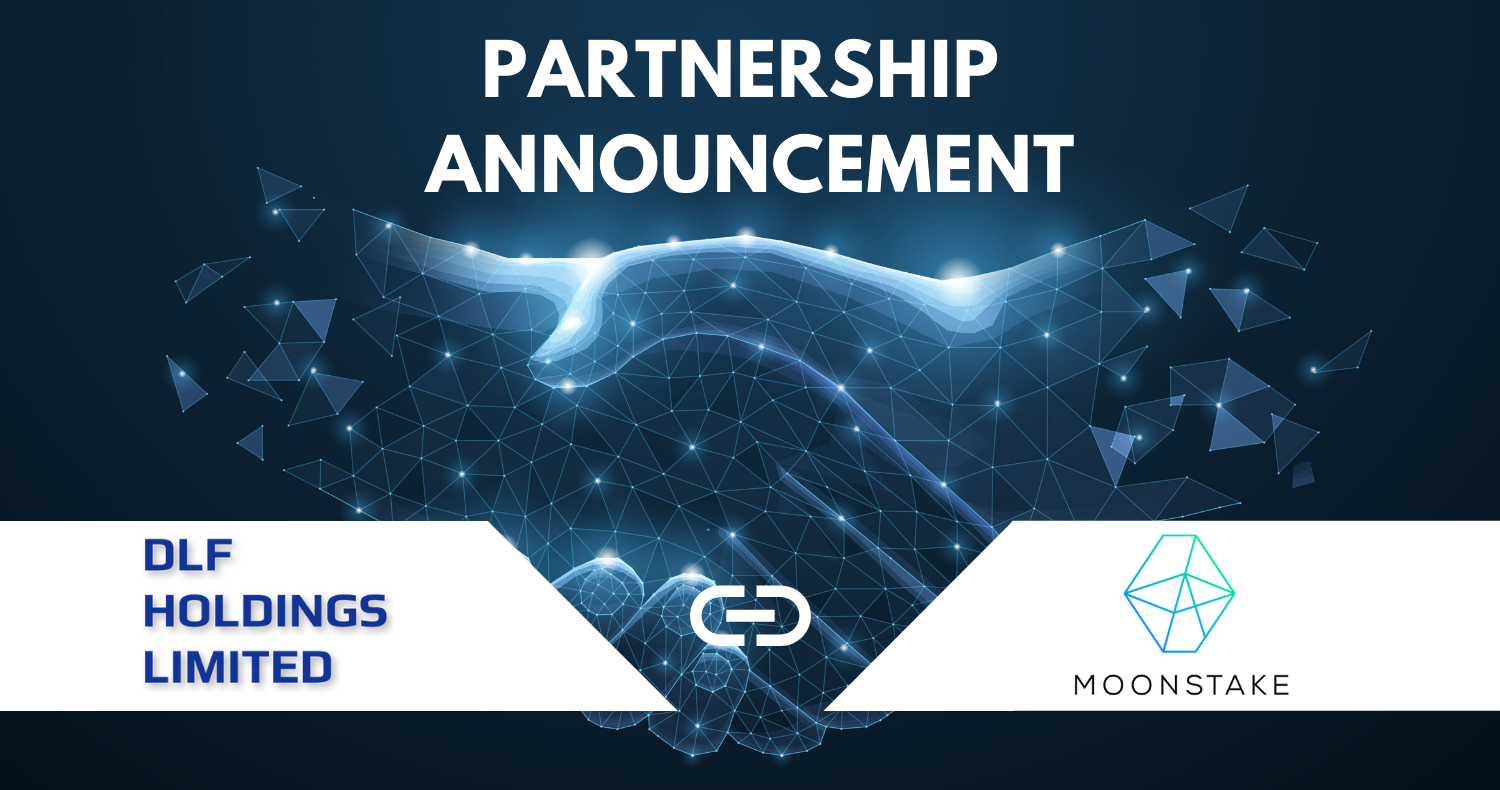 DLF recently announced that it was entering the blockchain market and building a blockchain and new technology development and sales organisation. DLF will jointly own IP of staking related products with Moonstake and both companies will together start in marketing and sales of software, and conduct market research on the needs of staking pools in Singapore and Southeast Asian countries.

Moonstake was recently established to develop a staking pool protocol to satisfy increasing demands in regional and global blockchain markets. A staking pool is an aggregation of assets from multiple cryptocurrency holders to increase the likelihood of receiving block rewards from Proof of Stake (PoS) block validation transactions.It brings together the ability to stake and ultimately distributes block rewards based on contribution. Staking is expected to help elevate the blockchain technology and work for decentralization.

“We are excited by this new initiative with Moonstake for the staking business. This agreement will invigorate the blockchain industry and will create huge momentum for regional and global players,” declared Fan Chee Seng, Executive Chairman, DLF Holdings Limited. “We are delighted to start working with DLF, a reputable Singaporean stock-listed company. Staking, as shown in recent research, has a huge potential to improve blockchain technology, therefore, Moonstake intends to lead the industry in cooperation with DLF,” said Mitsuru Tezuka, Founder, Moonstake Pte Limited.

DLF Holdings Limited is a Singapore-based mechanical and electrical (M&E) engineering services and solutions provider whose core business is in the provision of Project Management Services and Turnkey Contracting Services. The Group generally operates as a sub-contractor for its Project Management Services and has the capabilities to undertake projects as a main-contractor, in particular, in relation to its Turnkey Contracting Services.

The Group has developed extensive expertise as an M&E services and solutions provider and has built up a strong network with well-established customers who are either often engaged in projects in Singapore and the region or require its services for their hotels and properties. The Group has built its reputation in the industry since 1999 and has completed several projects in Singapore in recent years, including work for Sengkang General/Community Hospital and work for Sheraton Towers Singapore Hotel.

Moonstake Pte Limited is a Singapore-based technology company with a specific focus in blockchain and staking technologies. Moonstake has been established with a group of highly reputed blockchain authorities including a founder of CTIA and C-level members of globally known projects. It has developed various staking products for both B2B and B2C customers and has partnered with major players in Singapore, Vietnam, and Japan.