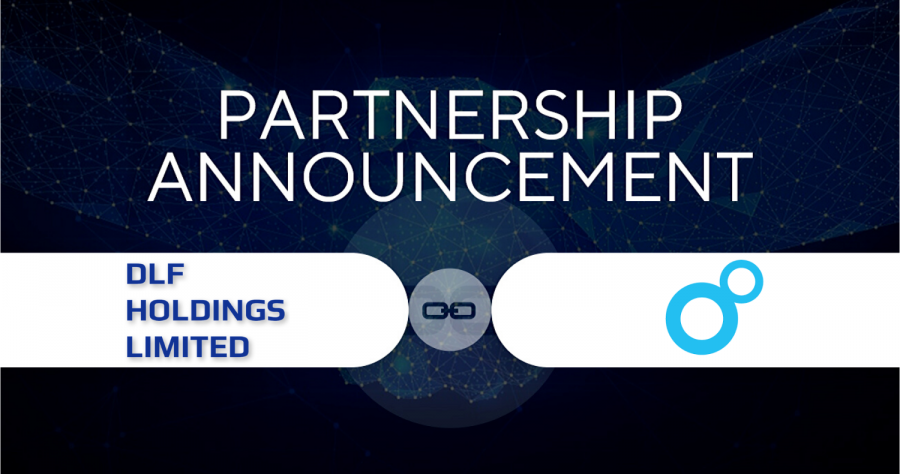 DLF is entering into a strategic partnership with Infinity Blockchain Group (IBG)–a conglomerate of Asia’s leading blockchain companies–working together to create the next chapter of practical blockchain innovations to transform the world with blockchain and empower emerging markets with disruptive innovations in fintech, logistics, and product traceability, among other applications.

Infocomm Development Media Authority, a unit of the government of Singapore, reported that the Singaporean blockchain market has the potential to achieve a range of market spending between US$201 million to US$272 million in 2022 and US$1.9 billion to US$2.6 billion by 2030, with a CAGR of 32.5%.

“We are excited about announcing this new initiative of DLF to enter this rising industry in Singapore and Asia together with an established group in the sector. We believe this new initiative will bring additional income streams to DLF,” said Fan Chee Seng, Executive Chairman, DLF Holdings Limited.

Singapore is an important strategic financial and blockchain technology hub with a progressive regulatory environment. Singapore was ranked #3 in per capita GDP (purchasing power parity) in 2018 by both IMF and World Bank. Singapore is also ranked the #1 city for blockchain published in Breakermag where Boyd Cohen, PhD., co-founder Blockchain Cities Alliance, Dean of Research at EADA Business School, Barcelona.

“We are excited about enabling DLF to set up a world-class contract sales organization with deep technical skills for blockchain firms utilizing IBG talent. This partnership expands our footprint in Singapore with the strength of a leading, publicly-listed company,” said Junya Yamamoto, Co-Founder, IBG.

DLF Holdings Limited is a Singapore-based M&E engineering services and solutions provider whose core business is in the provision of Project Management Services and Turnkey Contracting Services. The Group generally operates as a sub-contractor for its Project Management Services and has the capabilities to undertake projects as a main-contractor, in particular, in relation to its Turnkey Contracting Services. The Group has developed extensive expertise as an M&E engineering services and solutions provider and has built up a strong network with well-established customers who are either often engaged in projects in Singapore and the region or require its services for their hotels and properties.

The Group has built its reputation in the industry since 1999 and has completed several projects in Singapore in recent years, including work for Sengkang General/Community Hospital and work for Sheraton Towers Singapore Hotel.

IBG is a conglomerate of Asia’s leading blockchain companies, with an R&D base specializing in blockchain technology development and applications in Vietnam, and numerous business acceleration units in other parts of Asia including Malaysia, Hong Kong, and Japan. Based in Singapore, the group currently has over 300 blockchain professionals including developers, researchers, designers, and business specialists. IBG is also behind the world-leading universal wallet for cryptocurrencies, Infinito Wallet (www.infinitowallet.io), and the powerful technological infrastructure, Infinito Blockchain Platform.