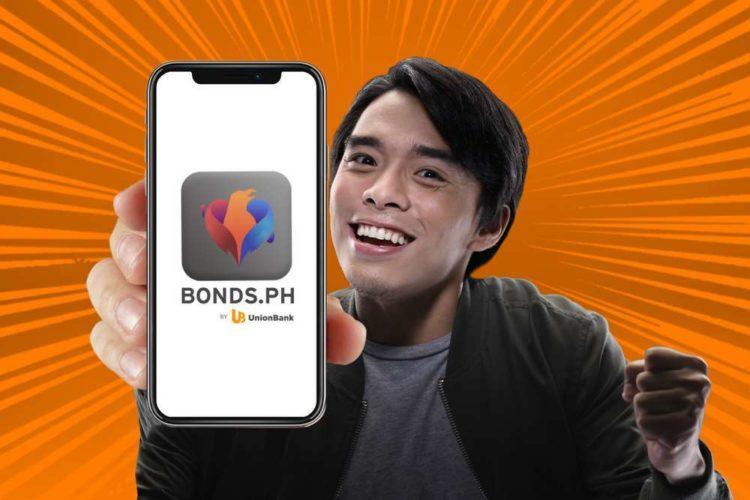 The Philippine Bureau of Treasury (BTr), together with Union Bank of the Philippines (UnionBank) and Philippine Digital Asset Exchange (PDAX), is the first in Asia to launch an app for the distribution of retail treasury bonds enabled by Distributed Ledger Technology (DLT).

Philippine National Treasurer Rosalia V. De Leon said, “The launch of Bonds.PH paves the way for all Filipinos, particularly the unbanked, to easily and affordably invest in the BTr’s newest retail treasury bond, RTB-24 or the Progreso Bonds.

The mobile app presents a compelling opportunity for all to invest and help the Republic raise funds for economic recovery and COVID-19 response.” The app, called Bonds.PH, makes bond investing easy.

It’s completely digital and available 24/7. Filipinos, including the unbanked and overseas workers, can invest in retail treasury bonds by downloading the app and pay using e-wallets, online banking and over-the-counter for as low as USD 100.

“This is the first retail treasury bond issuance to leverage on blockchain technology – in Asia, and likely the world,” said Edwin R. Bautista, UnionBank President & CEO. “The Philippines is ready to lead the way into the future and tech up the nation with innovative, inclusive opportunities, powered by emerging technologies, for the benefit of all Filipinos,” added Bautista.

Bonds.PH is blockchain-enabled with transactions recorded in a DLT-based registry in addition to the existing system. Leveraging DLT enables immutable and tamper-proof record-keeping.

The Monetary Authority of Singapore (MAS) commended the ground-breaking endeavor, “I want to congratulate the Philippine Bureau of the Treasury (BTr) for this important milestone,” said MAS Chief FinTech Officer Sopnendu Mohanty.

He added that, “2020 will be the year of commercialization of blockchain technology in the ASEAN region, and BTr’s efforts to build a DLT registry for bond issuance accelerates the success of the most exciting technology of our time.

The blockchain community in Singapore will work together with the Philippines to share learnings, open- source resources and also facilitate connecting corresponding nodes to integrate market infrastructure for transparency and interoperability.

The recently released Project Ubin Phase 5 findings by MAS will facilitate the creation of robust blockchain rails for future value creation.” Meanwhile, Chia Hock Lai, Co-Chairman of the Blockchain Association Singapore (BAS) and Chairman of the Singapore Fintech Association (SFA) said BAS and SFA are one with the MAS in fully supporting the Philippines and UnionBank in utilizing blockchain for financial inclusion.

According to Nichel Gaba, Founder & CEO of PDAX – a fintech investment of UBX (a UnionBank subsidiary), “DLT or blockchain technology is governance by design with its cryptography and programmable smart contracts. This advantage allows the blockchain not only to preserve truth, but also to automate payments, enforce rules, and facilitate complex transactions via smart contracts at little to no cost.”

As such, DLT reduces manual verification and simplifies reconciliation bringing down processing time and costs. BTr sanctioned the pioneering effort so that through this it can determine if leveraging DLT makes retail treasury bond distribution to the unbanked feasible and economically viable.

The Philippine Securities and Exchange Commission (SEC) likewise offered its support. “With our mandate to facilitate financial inclusion while maintaining investor protection, we support this initiative, which makes use of Distributed Ledger Technology,” said SEC Commissioner Ephyro Luis B. Amatong.

“We look forward to the results from this initiative, which will contribute greatly to future DLT use cases for capital markets,” he added. The Philippine SEC is among the more progressive regulators in the world having released rules on crowdfunding, as well as draft rules on digital assets and digital exchanges.

“From the basic easing of the public’s access to transaction accounts to now this offering of retail treasury bonds to the masses in a simplified yet secure manner, shows the remarkable progress of our shared financial inclusion agenda. This surely marks the transition of blockchain technology from its buzzword status to a feasible, production grade solution capable of democratizing access to digital financial services,” said the Central Bank Chief.

“We look forward to the expansive adoption and success of this initiative and the public can always count on the BSP to remain supportive of responsible digital financial innovations,” he added.

UnionBank Vice-Chairman Justo A. Ortiz, who also serves as Chairman of the Distributed Ledger Technology Association of the Philippines (DLTAP) and the Philippine Payments Management, Inc. (PPMI) added that, “Democratizing investment through digital channels and Distributed Ledger Technology allows all Filipinos to contribute to and accrue the benefits of nation building.