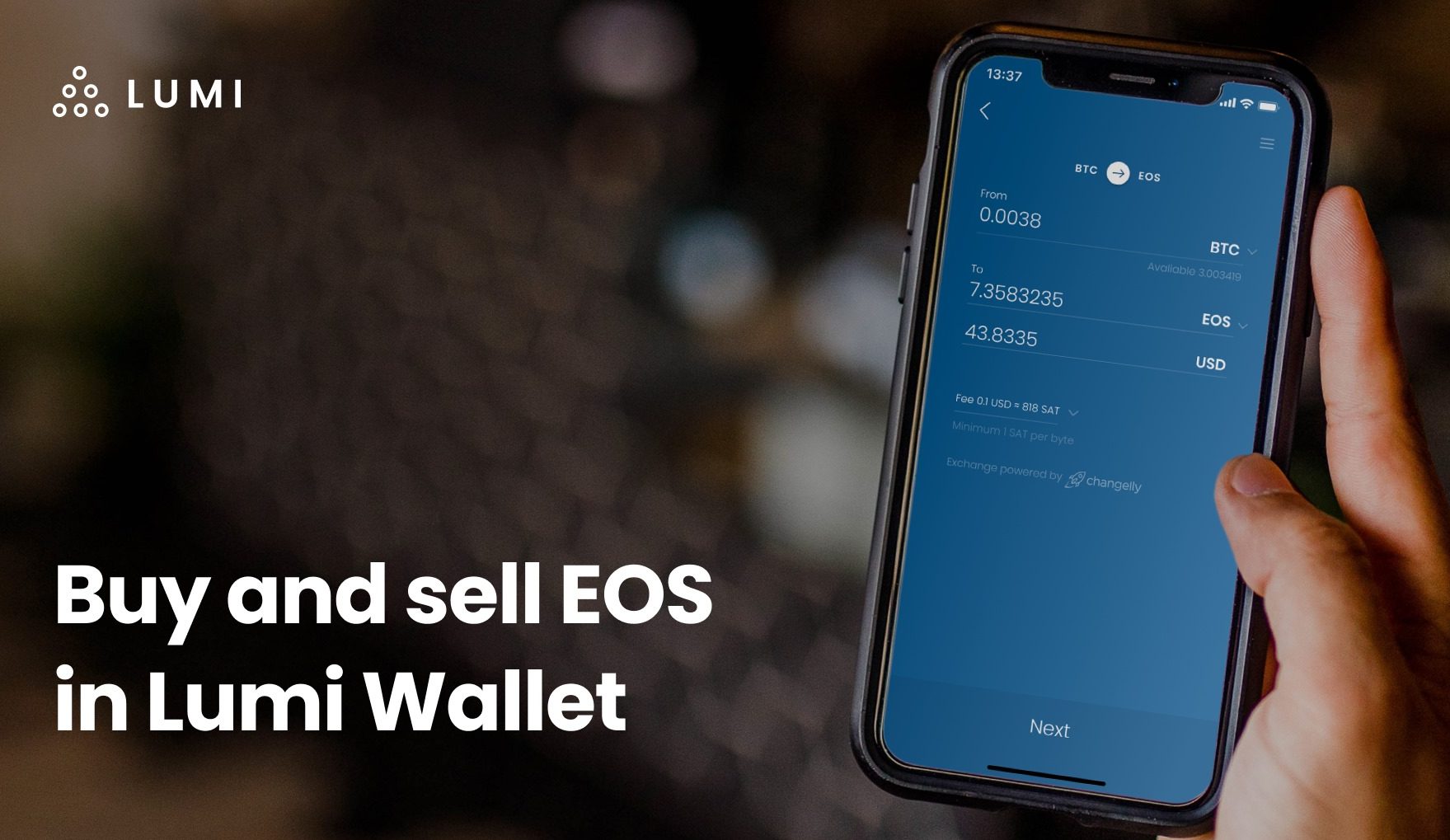 Lumi Wallet App now supports the exchange of EOS tokens directly within the app. The exchange, powered by Changelly, enables users to easily swap EOS for over 1,200+ cryptocurrencies listed by Lumi.

Lumi’s process of full EOS adoption has come a long way since the end of April, when support for the blockchain was first announced. The wallet now allows users to export, hold, and transfer EOS. Eric Benz, CEO of Changelly, said:

Lumi is one of our prominent wallet partners, and we’re excited to provide the opportunity to seamlessly swap EOS as well as other digital assets for their users. We believe that these steps, even the smallest ones, inevitably lead to easier use for wider audiences and eventually bring us closer to mass crypto adoption.

Lumi Wallet had celebrated its previous update in June by giving away 1,000 EOS accounts for free, which also allowed developers to test the app’s ability to sustain the transactions on-chain. Passing with flying colors, the Lumi team is ready for the last breakthrough in full EOS instrument adoption.

To achieve this goal, developers have to add a fiat-to-crypto exchange, launched EOS DApp support, and — the icing on the cake — plug in direct voting options in-wallet. Those interested can visit Lumi Wallet’s blog and check out a more detailed roadmap for 2019.

For its most faithful users, Lumi will continue the tradition of sharing free EOS accounts. To catch up on the rules and conditions of upcoming monthly giveaways, follow Lumi Wallet on Twitter and get the app to instantly claim your account.