Asia Blockchain Review recently spoke to Daniel Lin, Co-Founder and Executive Director of FundedHere, who has his eye on building a robust crowdfunding ecosystem with startups, professional investors, and mentors. As the first equity and debt crowdfunding platform to be licensed by the Monetary Authority of Singapore, FundedHere has raised over US$15 million across more than 25 campaigns. FundedHere’s startup ecosystem also comprises more than 1,600 investors, over 20 partnership, and more than 40 mentors.

Lin discussed some of the key factors that investors look for in startups, blockchain development in Singapore and the region, as well as FundedHere’s expansion to Indonesia.

Asia Blockchain Review: As you recently celebrated FundedHere’s third anniversary, what has been the most significant shift in the startup scene in the last few years?

Daniel Lin: Three years is a long period of time in the world of startups. There have been numerous changes across the last few years, including the increase in the number of startups, industry focus, and the proliferation of venture-focused funds and family offices.

According to Enterprise Singapore, the number of tech-startups has increased from 3,400 in 2012 to over 4,000 today. Not only were there increases in the quantity of the startups, but the number of industry sub-sectors. Correspondingly, venture funding in Singapore has grown from US$136 million to US$1.37 billion between 2012 and 2017.

While there had been many changes, the most noticeable development in the last few years would be the maturing of the ecosystem that supports Singapore-based startups. Now, you’ll see many supporting institutions such as startup incubators, partners, and funding resources — both from private and government sources. The network of support for these startups is tremendously helpful, as it supports and propels these early-stage companies to a sustainable stage of growth.

ABR: Can you tell us about FundedHere’s roadmap, milestones, and other targets and goals that you have in mind?

DL: FundedHere is moving towards building the go-to platform for startups to connect with like-minded investors and mentors. The platform aims to be the go-to resource and support network for early-stage startups in the region.

FundedHere is looking to quickly expand into neighboring Malaysia and Indonesia. Beyond that, we have plans to move quickly into building out our secondary trading platform that will help provide liquidity to these transactions.

ABR: Which brings us to FundedX. What can you tell us about FundedX and the vision behind the platform?

DL: FundedX aspires to be the preferred platform where the buying and selling of shares in high-growth companies can be done seamlessly. Liquidity in these private markets is often limited, and there is minimal transparency in these transactions. FundedX aims to remove these barriers in transactions and provide market efficiency.

ABR: Can you tell us about some of the successful startups that have worked with FundedHere?

DL: FundedHere is sector-agnostic in the selection of startups we support.

Most of the startups that raise funds with us typically experience over-subscribed campaigns. Some examples include food-ordering app startup Waitrr, asthma-monitoring device startup AEvice Health, and skin-modeling startup Denova Sciences.

Post-funding, Waitrr has gone out to market aggressively and has secured multiple partnerships with banks and payment services such as OCBC and Nets to further their market footprint. AEvice Health has gone on to raise further funding for expansion into other geographies and has successfully manufactured early prototypes of its devices. 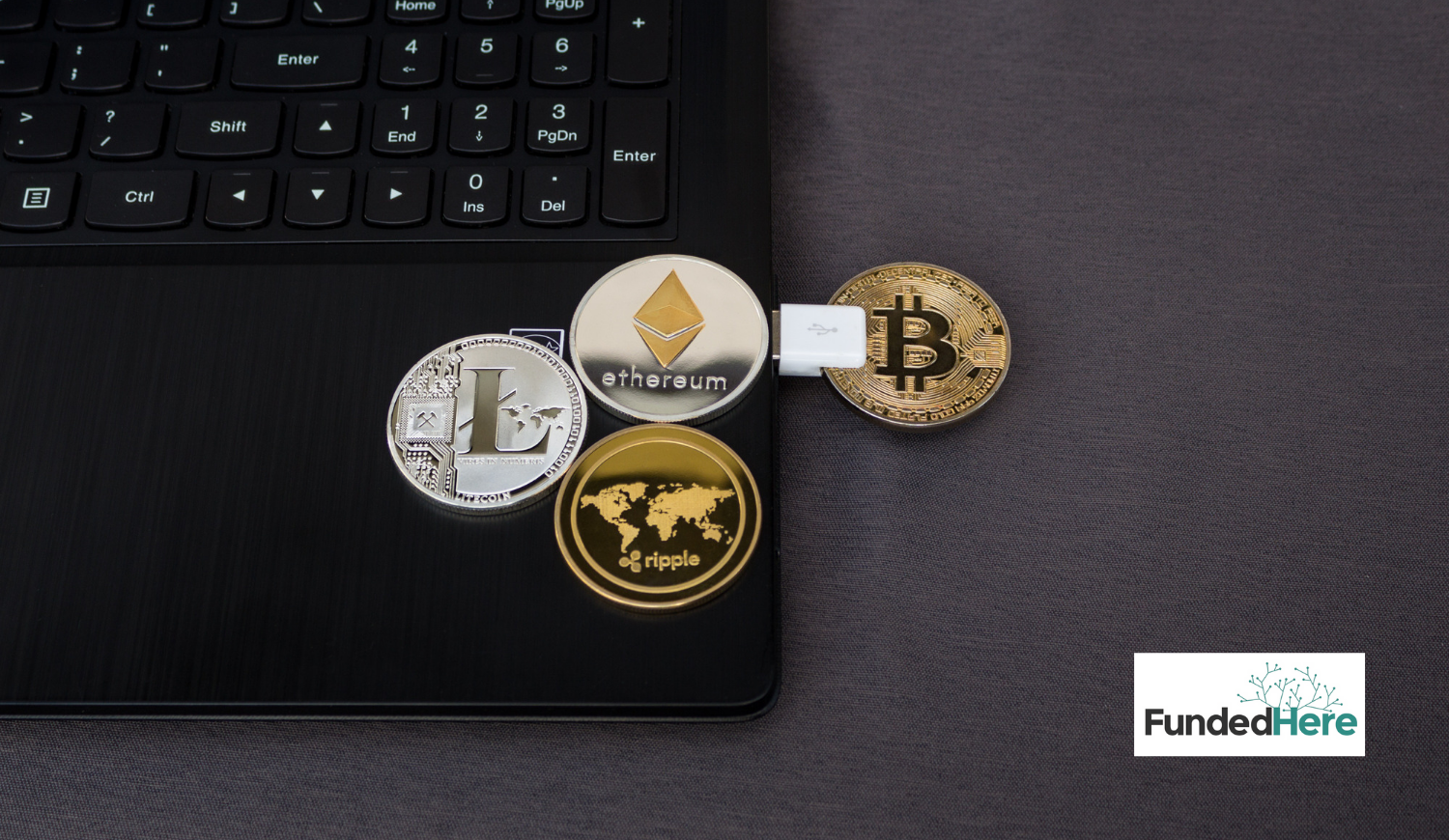 ABR: What are some of the key factors that investors look while choosing among hundreds of startups to fund?

The founders are the key ingredient in determining a prospective startup. Evidently, they have to be experts in the industry their startup is involved in and possess engaging presentation skills. Founders have to be engaging, informative, and well-prepared to handle any questions from investors regarding their business. Investors look at how much the founders can convince them to take a leap of faith, their passion towards their startup goal, and their professionalism in conveying that message. These traits are paramount in identifying the perfect startup.

Investors are also often drawn in by a certain X factor. Having a moment where it clicks between the investor and the founder plays into the investment decision.

The main thing investors look for when choosing startups is whether they have a well-defined business plan and a go-to market strategy. Investors want to see the potential for growth in the addressable market and whether the startup has enough resources to accommodate a new growing market as it determines the level of return to them. Having a concrete business model demonstrates that the entrepreneurs are familiar with their target market and that their business is realistically viable in their specific industry.

The bigger the obtainable market size, the more there is to benefit from economies of scale in the future. These factors can be incorporated into operations to increase margins and profits, which will be needed to attract investors.

If an investor is familiar with your industry, they probably know of at least a few competitors for your business. Otherwise, they can find out quickly with a simple Google search. The key to beating competitors is having a competitive advantage, something that differentiates the solution that the startup is offering from other players. For example, having unique relationships in your industry that enable you to cut deals with partners that no one else can match is a big competitive advantage, while having a unique patent on a new product can also secure your position as a market leader for years to come.

Barriers to entry also determine how a startup is able to stay in the market. High barriers to entry like startup costs and compliance requirements act as a deterrent against new competitors and serve as a defense mechanism.

ABR: In your opinion, what is driving the growth of the blockchain community in Singapore and in the region?

DL: Blockchain is not new and was evolving rather slowly until recent years. The network of industry champions and adoption by large institutions will drive the technology forward. In addition to that, excellent use cases for areas such as supply chain and with the Internet of Things will see more adoption in these verticals. The industry will be propelled forward with more support from infrastructure networks and the government.

ABR: Why did you make the decision to expand FundedHere to Indonesia? What is the potential in the Indonesian market?

DL: Indonesia’s strong economic growth in recent years has led to a flourishing digital economy. Over the past decade, Indonesia’s economy has been steadily growing at an annual rate of at least 5% and, if this trend continues, is forecast to become the fourth largest economy in the world by 2030. We believe that Indonesia is on track to becoming a flourishing breeding ground for the most prospective startups in the region.

The Indonesian government recently embarked on a US$350 billion infrastructure development drive, the biggest in the nation’s history, unemployment rates are at their lowest in more than a decade, and the country has jumped 18 spots on the World Bank Group’s ease of doing business index since 2017. All these conditions point to a nation that is expected to experience strong economic growth in the next few years.

We believe that Indonesia’s startup scene has the potential to reach newer heights, and will, at some point in the future, rival Singapore as the Silicon Valley of the East. Seeing Indonesian startups flourish within the region makes us even more excited to delve into the thriving and dynamic Indonesian startup scene. Recently, ride-hailing competitor to Grab, Gojek, which has attracted funding from Google and Tencent, hit 10 million trips in Singapore after only six months since launch. Agritech startup TaniGroup, which operates agriculture e-commerce TaniHub and peer-to-peer lending provider TaniFund, made headlines by announcing a US$10 million Series A round of financing from various venture funds. Tokopedia, another success story from Indonesia’s early tech startup scene, received a US$1.1 billion investment from Alibaba last year.

There is no denying that Indonesia is set to become a powerhouse within the startup landscape. The potential for growth in the country’s digital industry is too attractive for us to ignore, and as more and more prospective startups emerge, the opportunities for collaboration and expansion in Indonesia is seen as a logical choice for FundedHere.

ABR: From your experience, which industries are next in line to see the adoption of blockchain?

DL: The government sector’s adoption of blockchain would be an interesting area to watch. This includes the provision of identification documentation, such that it can now be paperless.

Another area of interest would be the replacement of ICOs (Initial Coin Offerings) by STOs (Security Token Offerings). This has many repercussion, as it seeks to democratize the world of investments and offer everyone equal access and opportunities, regardless of geographical boundaries.