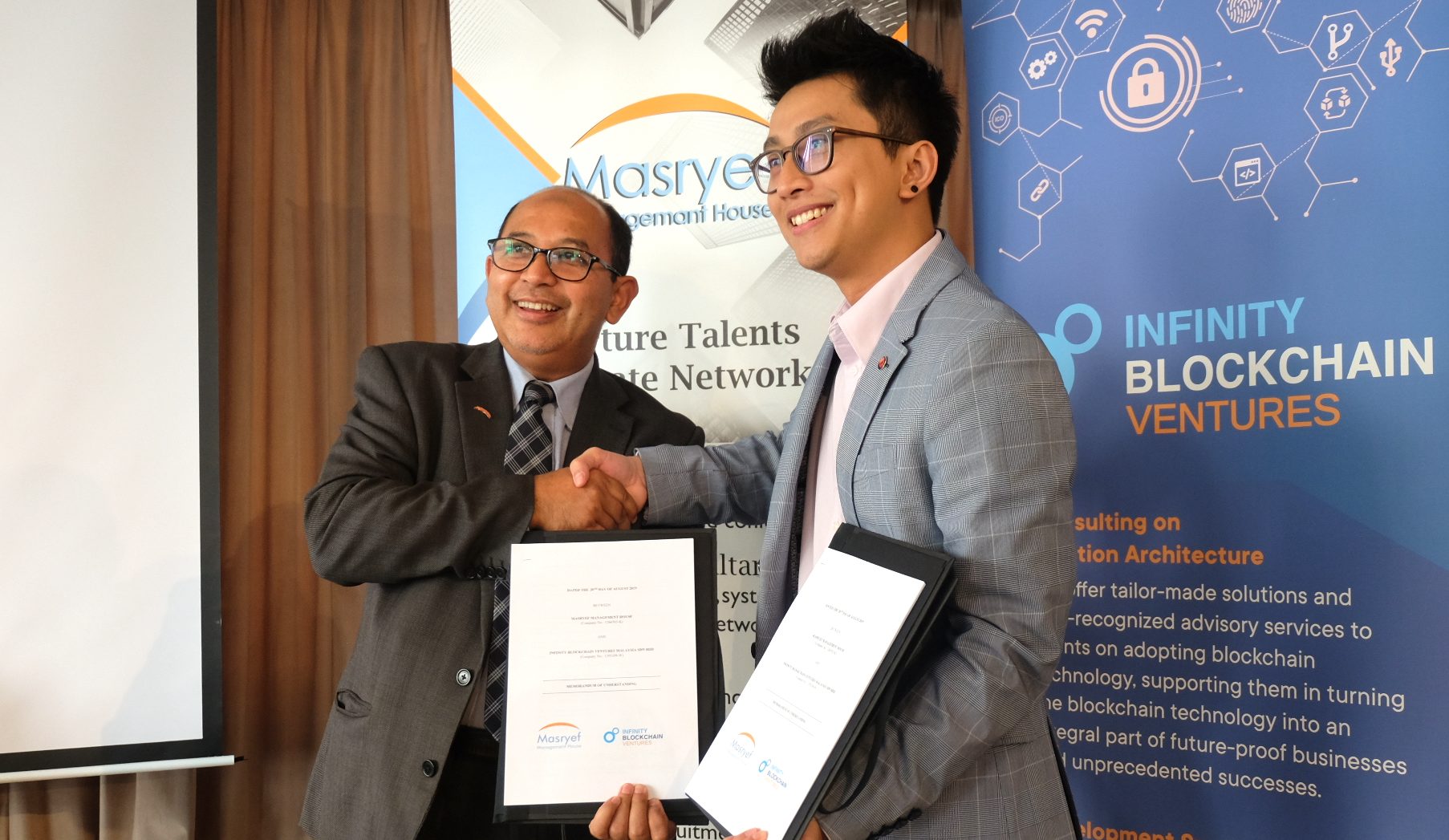 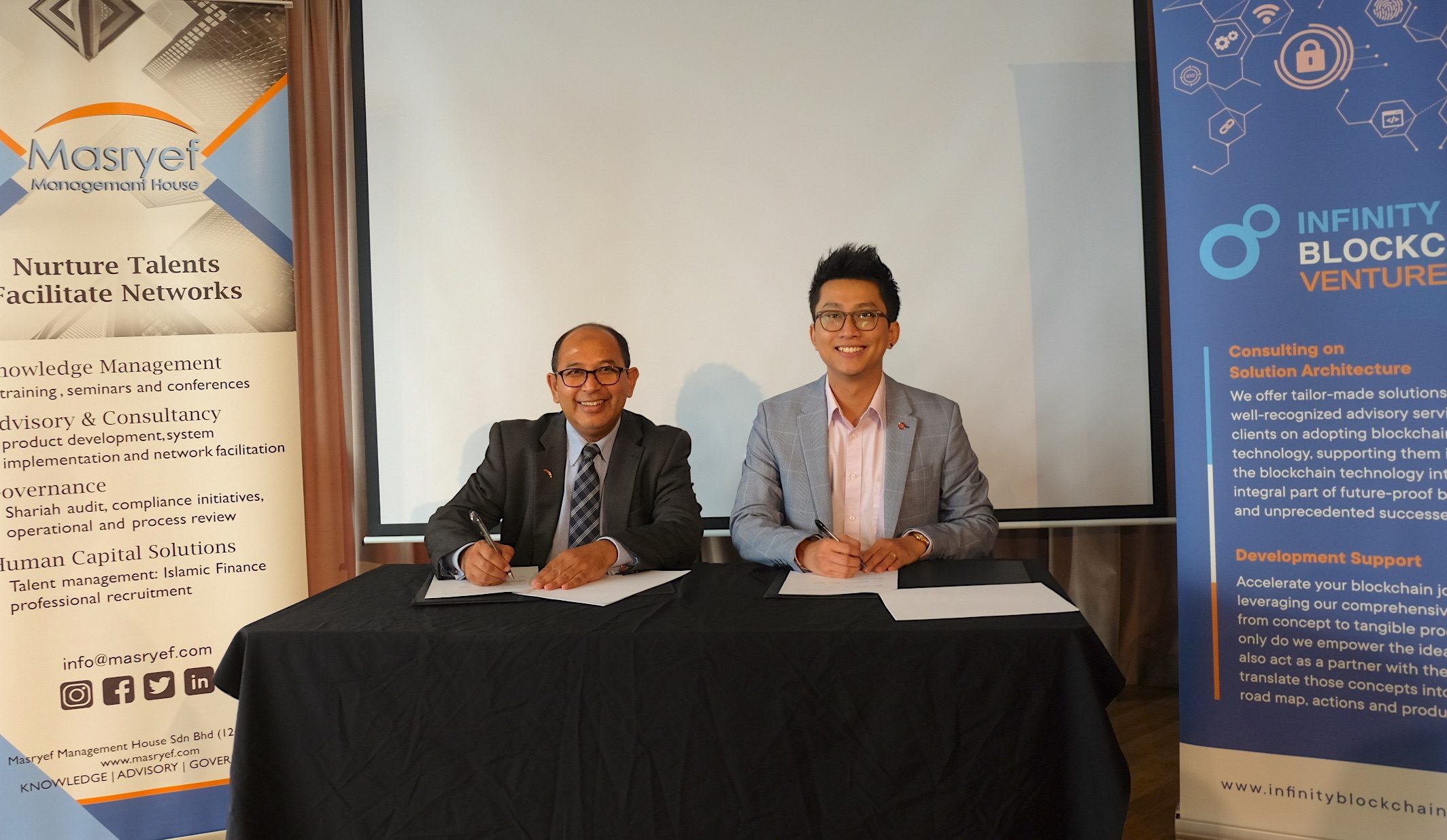 The partnership will see an agreement between IBVM and MMH on cooperation in blockchain community building in banking & finance (including Islamic Banking & Finance, FinTech and Digital Banking) that includes awareness, training, research and events on Blockchain & Distributed Ledger Technology (DLT). It also includes a joint effort in providing consulting services to financial institutions in Southeast Asia and the Middle East.

Blockchain banking is one of the most sought-out topics in the financial services industry today. Financial Institutions can process payments faster and more accurately at lower processing costs if Blockchain and Distributed Ledger (DLT) are fully adopted. Financial Institutions can expect a wide range of benefits, including lower costs, quicker settlements, fewer errors and exceptions, and new revenue opportunities wherever they hope to deploy blockchain technology. 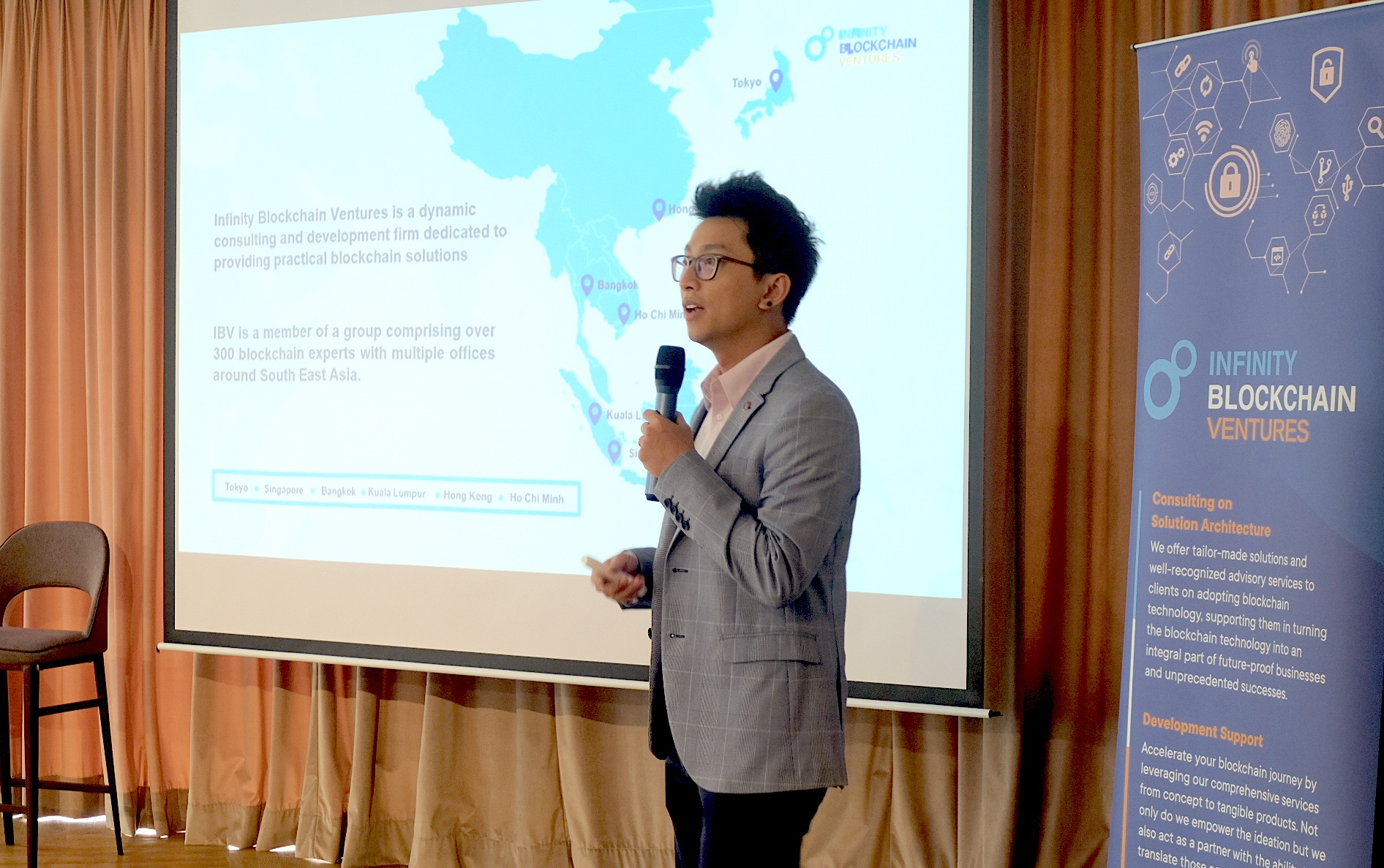 Cris D. Tran, Regional Head & Managing Director – Malaysia, of Infinity Blockchain Ventures Malaysia, said “Infinity Blockchain Ventures believes that blockchain has the potential to change how industries work. It is not only immutable but also allows businesses to be more transparent with their clients. With our partnership with Masryef, we are looking at expanding it to the Islamic Finance sector, which prides itself on transparency and trustworthiness.

“Sharing the same core beliefs, both blockchain and the Islamic Finance Sector can potentially have great synergy, which can bring major change to the industry in the impending future.” Tran added. 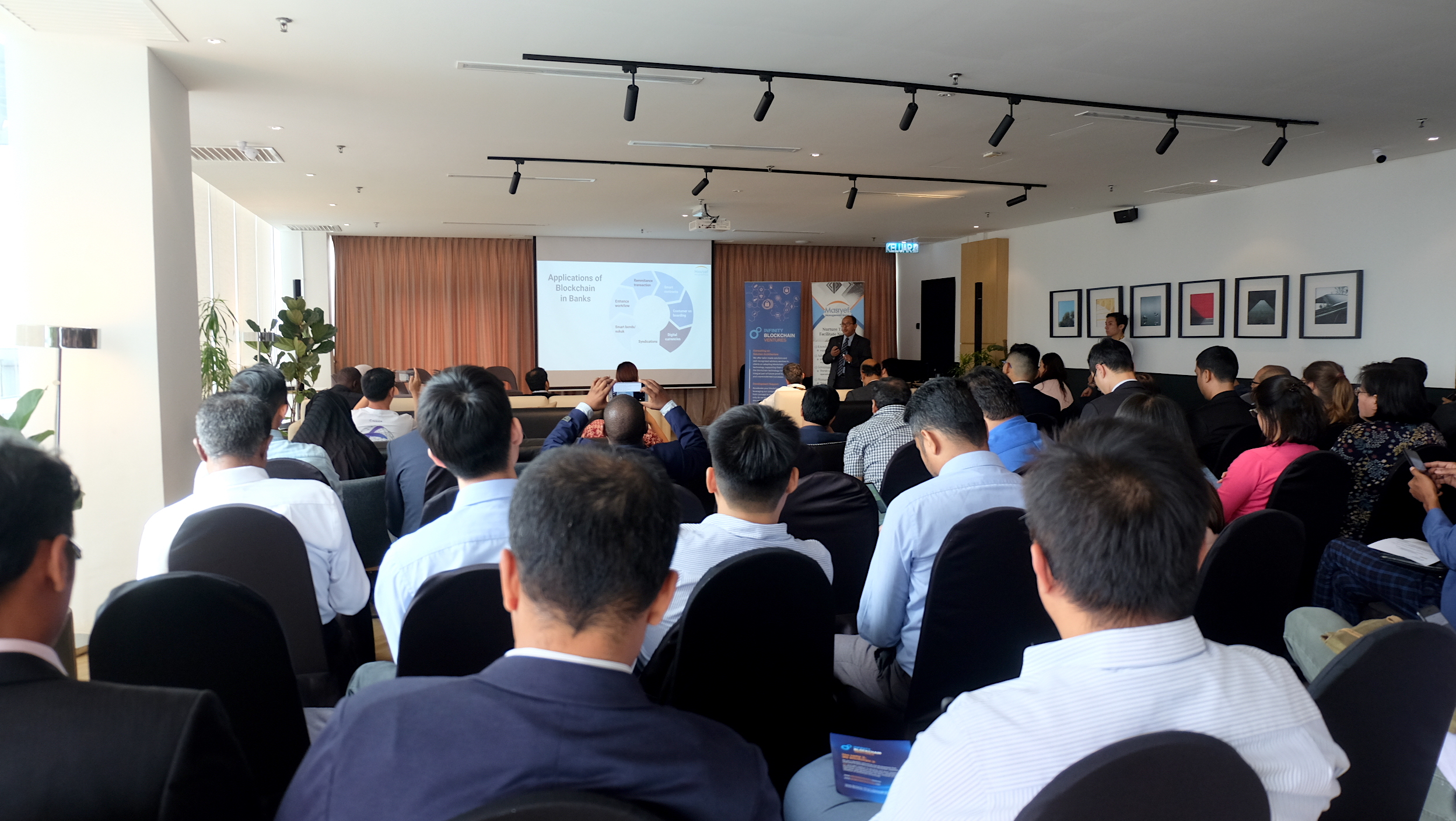 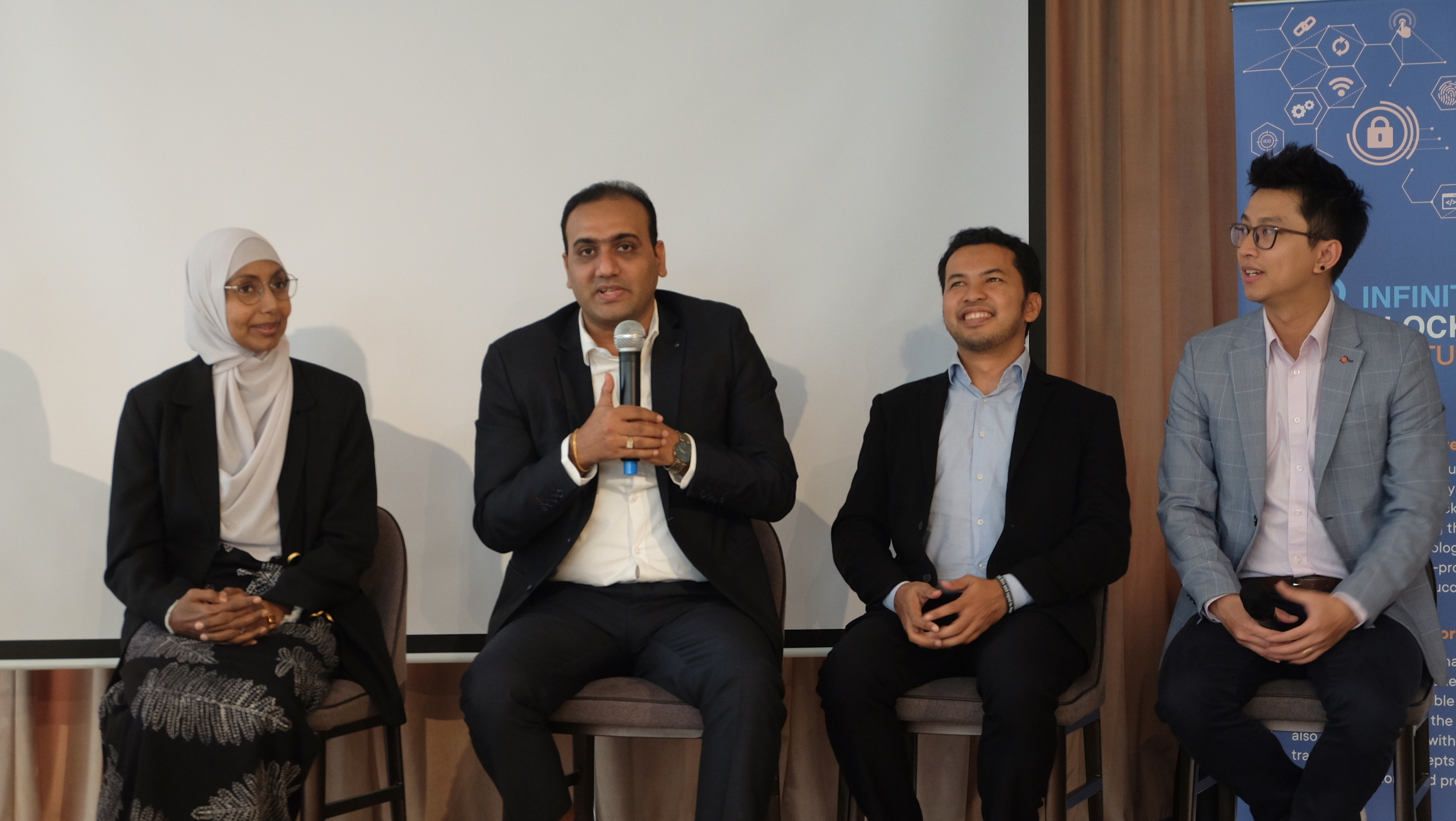 The guests’ panel of key industry specialists will also participate in a Q&A session, comprising:

Infinity Blockchain Ventures is composed of experienced entrepreneurs and professionals from different backgrounds. The senior management of the company had previously held positions in esteemed organizations, one of which was Malaysia’s Regulatory Bodies. Mohd Ridzal Sheriff, who is the CEO, Special Projects at Infinity Blockchain Ventures, was a prominent figure in Bursa Malaysia while Cris D. Tran, who is the Regional Head and Managing Director, was from Frost & Sullivan.

Infinity Blockchain Ventures aims to raise public awareness on blockchain in Malaysia as one of the main goals in 2019. With the numerous blockchain related scams being reported of late, IBV Malaysia realized there was a lack of blockchain education for the public. With that in mind, IBV Malaysia is holding proper knowledge-sharing events so that everyone can avoid being tricked into cryptocurrency or blockchain scams.

Another important goal for 2019 would be to support the Malaysian Government as well as any Malaysian organization in the adoption or implementation of blockchain solutions. With the current blockchain landscape in Asia growing rapidly, there is a high chance of Malaysia taking the lead.

Masryef Management House (MMH) specialises in Islamic Banking and Finance advisory, developing and conducting training based on industry experience, providing consultancy and advisory services and assisting in the areas of governance on Islamic Finance.

Based in Kuala Lumpur, the hub of Global Islamic Economy. The founders of Masryef have a combined working experience of over 70 years in various areas of banking, of which 50 years were devoted to Islamic Banking and Finance.

Their Islamic banking experience covers the practices of 3 key centres of Islamic finance, namely the United Arab Emirates, Malaysia and the Kingdom of Saudi Arabia.