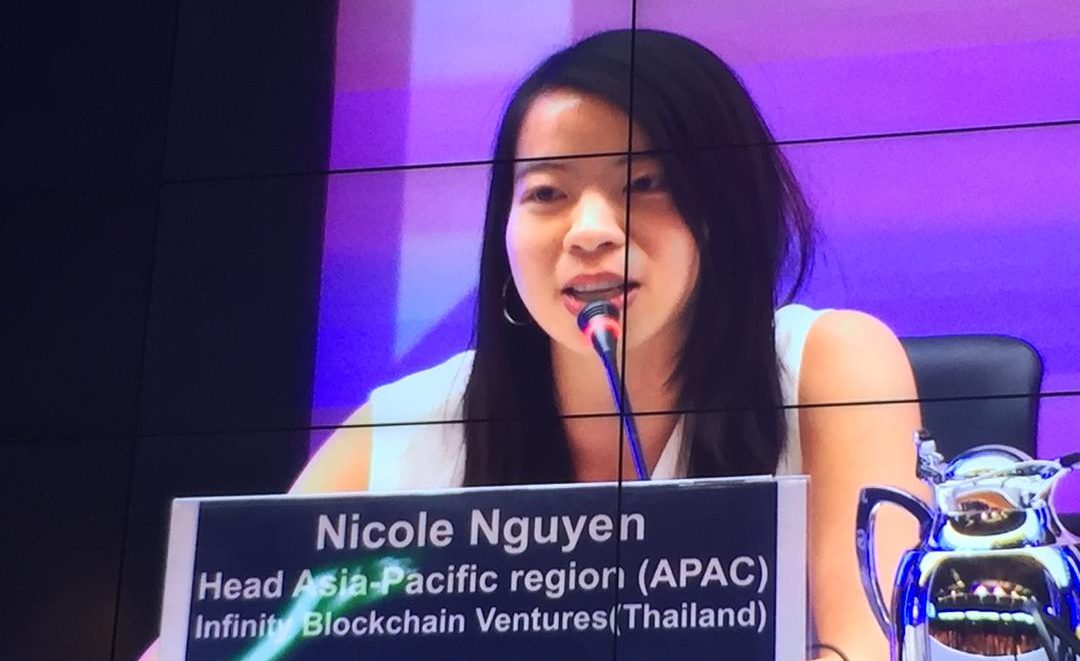 The United Nations’ International Fund for Agricultural Development (IFAD) recently concluded its 42nd session of the Governing Council — the agency’s highest authority — at the IFAD headquarters in Rome, Italy. The event, which ran for two days from February 14th – 15th, shone a light on the potential of blockchain to tackle food security.

The tone was set this year by Pope Francis, who said hunger can be made a part of the world’s past, but only through cooperation among institutions and people and only if these efforts are owned locally and driven by those suffering most as architects of their own development. He also noted that IFAD’s contribution was essential for eradicating poverty, fighting hunger, and promoting food sovereignty.

IFAD looks to innovation in the fight against poverty and hunger

Since 1978, IFAD has provided over 18.5 billion US dollars in grants and low-interest loans to projects reaching as many as 464 million people. The agency invests in rural people, empowering them to strengthen food security while improving the nutrition of their families and raising incomes. The institution also helps rural people build resilience and expand their businesses, while gaining agency in their own development.

At the 42nd session of the Governing Council, IFAD President Gilbert F. Houngbo stated in his opening remarks that while IFAD’s mission “remains a guiding light in a rapidly changing world,” adjustments must be made if the needs of the most marginalized people are to be met. He also noted that innovation remains “essential” in order for IFAD to continue investing in rural people and their communities, while doing its part to end hunger and poverty.

Infinity Blockchain Ventures was selected for the event as one of four representatives of emerging technologies that can help transform the future of farming. Nicole Nguyen, as Head of Asia-Pacific at IBV, attended as an expert panelist on transforming smallholder agriculture through new farming technologies and shared her insights into blockchain fundamentals.

Regarding the use of blockchain to improve the value chain for smallholder farmers, Nguyen explained that the technology “can help transform the current supply chain and value chain for smallholder farmers through re-establishing trust and communication protocols among stakeholders.” Without needing to worry about hefty costs and paperwork, she said farmers and other players can conveniently participate in the value chain on a “trustless” basis with enhanced transparency, thanks to the decentralized and consensus-based protocol of blockchain.

When asked about the value added through blockchain that cannot be achieved via alternative or legacy technologies, the IBV executive noted that blockchain effectively “revamps the whole concept of ‘trust’ and also enhances security for the whole system.” She said that blockchain, unlike other kinds of databases, decentralizes the ownership and verification of data across a vast network and, in the process, diminishes the threat of data manipulation or hacking. As a result, farmers or customers can operate on a trustless basis, with each individual involved as a contributor to the network instead of having no choice other than to trust any and all information provided by third parties.

Seeing is believing: Convincing farmers to get on-chain

Regarding the response from smallholder farmers, Nguyen affirmed that the reaction has been positive, but that it has also become necessary to convince smallholders to conduct pilot projects.

“Since seeing is believing, we demonstrated how easy, accessible and affordable it is for them to switch to this system instead of buying in a third party provenance certifying service which involve tedious paperworks and lead time,” she said. “We mostly focused on training about applications, interfaces and how farmers can integrate the application in their daily activities.” 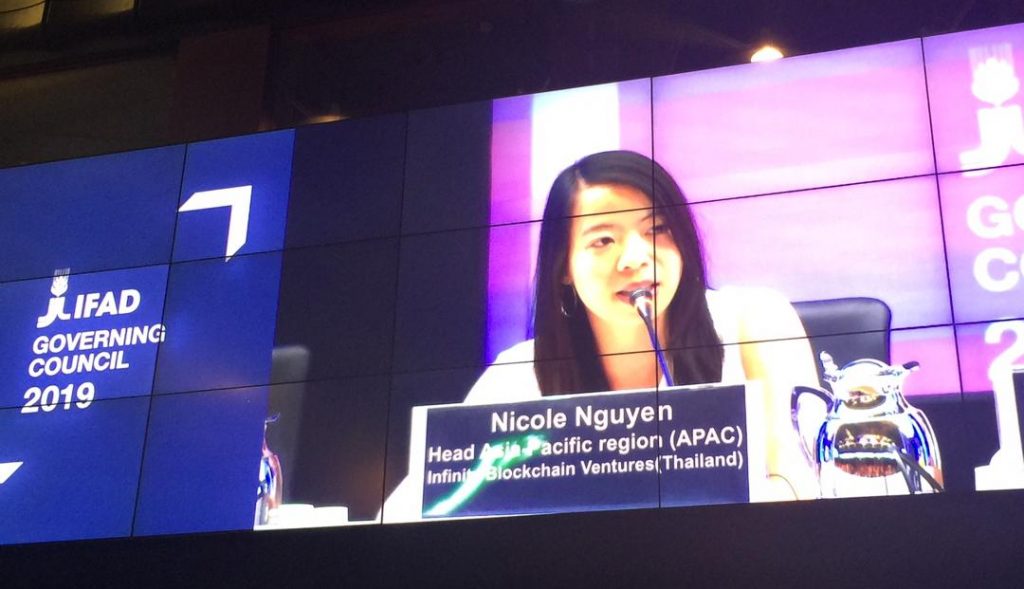 As for next-generation blockchain projects in the agricultural space, Nguyen noted agricultural products bidding and procurement process among the applications being considered, adding that using blockchain to “micro-incentivize farmers to follow good agricultural practices” is of particular interest to IFAD and NGOs, which share a mission of motivating farmers to produce healthy, quality products for consumers. The project involves two key technologies, namely blockchain and Internet of Things, and specifically the implementation of sensors and devices to monitor air and water quality in order to consistently benchmark field activities according to healthy production practices.

Nguyen also highlighted the Fruitchain protocol supported by Infinity Blockchain Labs (IBL), sister company to IBV, and the crucial role it has played in the traceability of the food supply chain, along with the importance educating farmers and other stakeholders about blockchain, its impact, and potential.