Asia Blockchain Review recently spoke to Frank Lyu, CEO and Co-Founder of MultiVAC, the next-generation public blockchain designed for large-scale and complex distributed applications. Lyu talked about mining on MultiVAC’s Testnet 2.0, transparency and cryptocurrency, sharding as a scaling solution, the firm’s strategic partnerships with experts in the blockchain and crypto community, and his vision for the future of cryptocurrency.

Asia Blockchain Review: How has your experience as a technical director and data engineering expert contributed to the founding of MultiVAC?

Frank Lyu: When I graduated from college, I joined Meituan (now the world’s biggest online-to-offline Internet company) as a data engineer, mainly responsible for the database which processed millions of data points every day. From then on, I have been grown as an expert in distributed databases.

But MultiVAC was not my first venture. In 2015, I co-founded Xinrenxinshi.com, an HR SaaS (Software as a Service) product. In only three years, I established a 100-person team and gained series A and B round investments from Sequoia Capital. Aside from technical experience, I have also learned how to build a business and promote commercial applications of new technology.

I have been following distributed systems and blockchain technology for many years. In 2018, I decided to devote myself entirely to this industry, optimistic about the potential of blockchain’s commercial applications in the future. Our team has the confidence and patience to fulfill our goals to create a more decentralized and trustable society.

ABR: Can you briefly introduce MultiVAC? What are some of the unique features of testnet 2.0 that you’ve just released?

FL: MultiVAC is the next-generation public blockchain designed for large-scale and complex distributed applications. It’s unofficially called “sharding killer” by the community because we proposed the world’s first, all-dimensional sharding blockchain architecture. This brings infinite scalability, fair mining, and application flexibility to a public chain. We started in May 2018 and have released 3 technical papers, 2 versions of the testnet, and PC miner clients in one year.

In the updated testnet 2.0 “Enigma”, every ordinary PC with a 2-core CPU and 4GB memory can join the network freely as a miner. This is a significant breakthrough in fair mining to break the computing power monopoly and defends the core, original values of blockchain: decentralization.

Just as our CTO, Dr. Shawn Ying, pointed it out in the purple paper:

“MultiVAC was developed with a vision to rebuild the “One-CPUOne-Vote” concept that Satoshi Nakamoto pioneered in Bitcoin, undermined by professional ASIC miners in the latter half decade. Our team firmly believes that this original vision will be rebuilt, stronger than ever, on MultiVAC.” 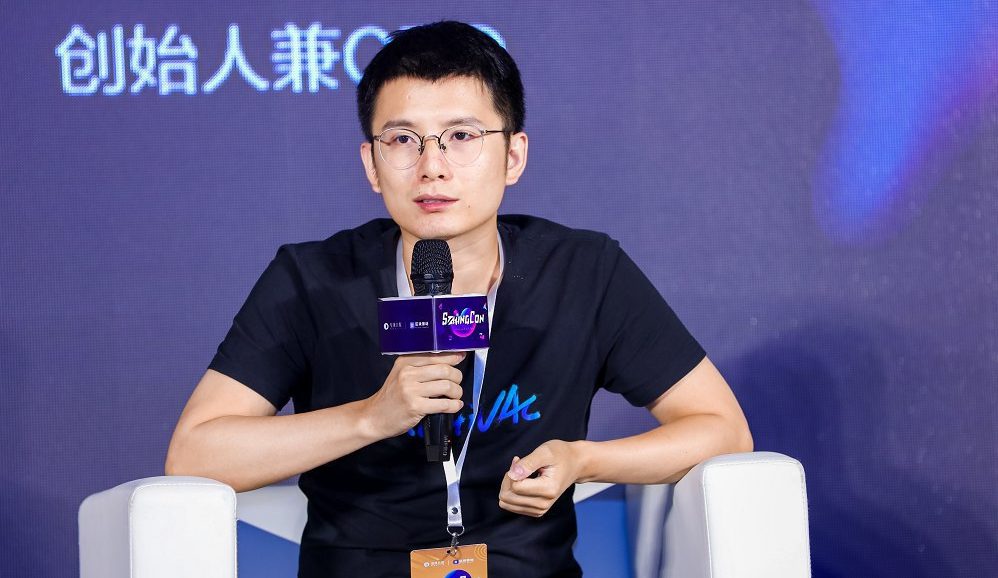 ABR: Can you tell us about MultiVAC’s mining activities and the benefits that you use to incentivize users?

FL: As previously mentioned, MultiVAC just launched miner clients in support of fair mining in testnet 2.0. At the same time, we have started the pre-mining. Everyone can apply with a deposit. All rewards for testnet mining will be mapped to mainnet assets in the future.

To attract more nodes to build a robust network, the community is conducting a million bounty with high returns. Early-stage pre-mining nodes can achieve a daily return of 3% and a very attractive monthly return of 100%.

Here are the Parameters of Testnet 2.0:

Also, we offer two mining nodes for different users. You can download the client and run it on your computer. If you don’t want to equip any hardware or software, the MultiVAC team will run the node with cloud servers for you automatically. You only need to pay for the cost of the cloud services (currently free for early participants).

In addition, we offer more bonuses for big miners who deposit more than 1 million MTV. More mining benefits and activities are to come.

Along with the testnet update and the mainnet launch, the value of MTV and the return for miners will continue to grow.

ABR: Why did MultiVAC choose sharding over other scaling solutions? What are some of the benefits that sharding offers to users?

FL: This is a good and fundamental question for MultiVAC and all other public blockchains. The main challenge for us is how to achieve scalability while maintaining security and decentralization.

Solutions such as supernodes represented by EOS are often criticized for centralization. The off-chain solution, represented by side-chain, state channels, and Layer-2, fails to include the renewal for blockchain’s underlying protocol. New technologies like DAG (directed acyclic graph) are still in the early stage.

Among all the directions, sharding as a classic database scaling scheme is seen as the most promising. Vitalik Buterin, founder of Ethereum, recently said publicly, “Sharding is coming.”

After a thorough study, MultiVAC believes that sharding is the only practical and manageable base-layer method to scale a blockchain to industrial capacity, while still maintaining a decentralized network with open participation.

As the world’s first all-dimensional sharding solution, MultiVAC realizes the linear growth and unlimited expansion of network performance, enabling the blockchain to support large-scale complex commercial applications for everyone to enjoy blockchain applications in their daily life and work, thus forming a truly decentralized, efficient and trustable society.

ABR: Can you tell us about your strategic partnership with TOP Network? What expertise does each party bring to the table?

FL: TOP Network powers three-layer network and other techniques to maximize the use of network resources, while MultiVAC focuses on sharding to build a better blockchain architecture. Through our cooperation, TOP Network gives MultiVAC the mass application resources and sharing capabilities of the MultiVAC ecosystem. For its part, MultiVAC helps TOP Network with strong, underlying technical support.

ABR: Can you tell us about your partnership with Binance Info’s Transparency Initiative? How will this move drive the crypto community forward?

FL: On May 17th, we officially announced that MultiVAC has joined Binance Info’s transparency initiative. We have always been doing our best to participate in maintaining accurate information on our projects by creating token profiles, editing missing or incorrect project information, contributing to news sources, and more.

We hope the partnership with Binance Info will greatly promote the transparency and openness of the blockchain industry, which is what MultiVAC has always wanted to do.

ABR: In your opinion, what is the potential for cryptocurrency in Southeast Asia? Are there any countries that we should keep an eye out for?

FL: Southeast Asian market interest in blockchain is rising rapidly along with the whole world. As far as I know, Thailand is the first country in Asia to license crypto exchanges, and the investment in Internet infrastructure is significant. On the other hand, Vietnam’s blockchain community is very active, and there are more and more technical blockchain engineers.

But beyond the ‘crypto’, we care more about the real-life business applications of blockchain in the region, such as real estate asset securitization, cross-border payments and financing, Internet digital asset tokenization, IP markets, etc. Similar to how China’s economy overtook the United States via the mobile internet industry, I think blockchain is a huge opportunity for Southeast Asia’s economic rise.

ABR: What is the future of cryptocurrency, and when will it reach mainstream users?

FL: The MultiVAC team and I are not so optimistic about the current situation for blockchain, especially regarding real-life business applications.

To be honest, the base-layer blockchain architecture is far from ready to support open, mass business. However, when the tech crosses that threshold of utility, the rapid growth of adoption among businesses might be beyond our imagination.

Our faith in blockchain does not come from the rise and fall of the crypto market, but from the potential that blockchain could build a global value society based on machine trust.

The more confident you are about the future, the more patient you are for the present.