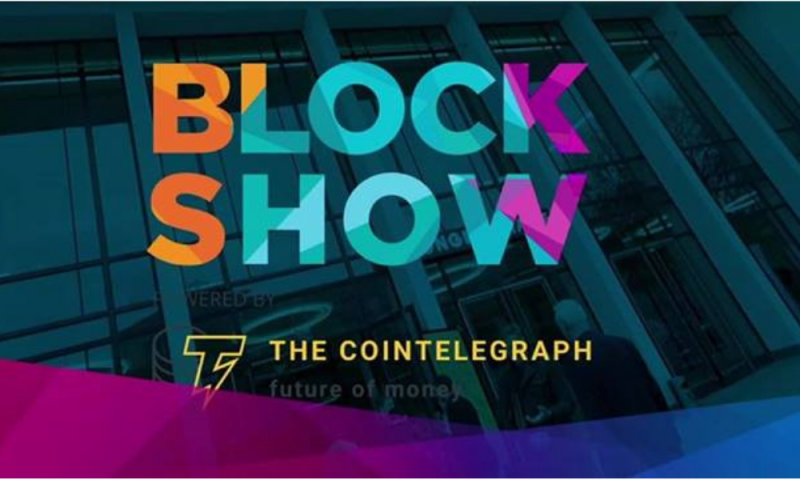 There have been many sectors in which startups have battled to the top but finance is not one of them. A large number are capturing some fractional market share but there is no hope for any to see the equivalent success the likes of Amazon or Uber have seen in logistics or transportation. Many of these “Emerging Disruptors”, as Deloitte termed them, have instead chosen a more subversive tactic – building their business in a digital economy.

Considering the cryptocurrency market of 2018, there seems to be a casual stoicism from the teams behind blockchain startups. Where one fails, another rises, and the waves continue, steadily maturing in response to their peers’ experience. It then becomes a new fight to get noticed. It’s for this reason that massive conferences such as Blockshow have focused on giving these startups the chance to shine.

Skipping to the present, this steady rise to maturity has come to be reflected in the slowly rising sentiment that, while crypto winter may be more like that of the Seven Kingdoms, there’s starting to be hope for spring, at least for some. While Zhao Dong’s vision for 2020 is not to be taken for granted, there are many people who feel that the startups at the core of blockchain technologies have begun to emerge stronger, for having survived the last 14 months of winter.

Far from hibernation, there has undoubtedly been a lot of work going on behind the scenes, especially away from the trading spotlight. While the world of acronyms has repeatedly brought up the possibility, or in some cases, certainty, of Bitcoin becoming an ETF (Exchange Traded Fund), the world of investment would be wiser to turn to the beating heart of blockchain; the applied blockchain environment that is embodied by startups.

In a Sea of Potential

As traders start to weigh up their chances in the options or derivatives markets, the number of attendees at blockchain conferences continue to grow. Investors are on the hunt. Not only for a new breed of startups, but for all the information, skepticism, debate and digression which comes to rise in such places. This year’s Blockshow Asia alone, taking place in Singapore’s Marina Bay Sands Expo from the 14th-15th November, will see speakers from a range of backgrounds reflect on what the blockchain has done, what it has promised, and how it has changed their perception.

With a programme including Justin Chow, Head of Business Development, Asia for Cumberland, the cryptoasset arm of DRW; Ted Lin, Chief Growth Officer at Binance; Jehan Chu, Co-Founder & Managing Partner at Kenetic, Co-Founder Social Alpha Foundation (SAF); Antony Lewis, Director of Research at R3, Author of “The Basics of Bitcoins and Blockchains”; Remington Ong, Partner at Fenbushi Capital, who managed investments into 40+ leading global startups ; Llew Claasen, Executive Director at Bitcoin Foundation, Managing Partner at Newtown Partners; David Lee, Professor at Singapore University of Social Sciences (SUSS), Director at LeftCoast, Co-Founder at BlockAsset Ventures; Eddy Travia, Co-founder & CEO of Coinsilium, ‘Most Influential Investors of the Year’ at Blockchain Awards 2014; Mike Kayamori, Co-Founder and CEO of QUOINE; Czhang Lin, Partner at JRR Crypto, Advisor for Asian Israel Blockchain Association; Joseph Young, Financial analyst & Investor, contributor to Forbes, CCN, Cointelegraph; Kenrick Drijkoningen; Nydia Zhang; Sinhae Lee; Cris Duy Tran; Matthew Tan; Jane Lippencott, and more, Blockshow offers an opportunity to engage with industries or government bodies that are otherwise very difficult to engage in discussion, be it about blockchain or related technologies. It is a conference offering a rare convergence of worlds. What’s more, it sets a competitive tone which leads participating startups to bring out their Most Viable Product – what you see on the floor may be the culmination of everything the team’s work has lead towards and the true unicorns will really make the opportunity count.

Experience has made it clear that investor interest is still present and, if anything, more eager. While many have taken a conservative stance following the unfolding bear market, it is not a benign position. Having seen startups battle it out at last year’s Blockshow, each pitching directly to investors in front of a live audience, it is clear that investors have the final say – but it’s up to the team to show their full potential. From Ethereum to 0x to Bitcoin itself, investors have observed the latent potential of cryptocurrency markets, waiting for something with staying power. A unicorn to outstay all unicorns, one to finally take a chunk of the conventional market.

In the blockchain community, there is equal promise as there is skepticism. Investors, however eager, depend on a degree of security before any offer even begins to formulate. This leads to an ever-growing number taking to events such as Blockshow to meet these potential tech miracles in person.

In greater number still, startups are under no illusion that they’ve been forgotten. With many having spent over a year blocking out the death cries of the media, there is little which could deter them from taking the opportunity to meet their potential angel face-to-face. With the sector now infamous for scams, hacks and theft, trust is, ironically, easier to come by. While over $1.7 billion was lost in the last year alone, seeing the team in-the-flesh and being able to grill them on every facet of their technology, coworkers and operations, grants any potential investor the ultimate in ‘DYOR’, or Doing Your Own Research.

This human element comes across in any business deal, of course, but when talking blockchain, there’s another level of security: digital transparency. It’s no secret that Mt Gox trustees have been liquidating funds to repay those affected by the hack of 2014. In the dubious case of QuadrigaCX, chain explorers have also some insight into the nature of the company’s losses. While it helps to be able to see past all the marketing and meet the company’s representatives at a modest booth, being able to trace their funding to date and see any ulterior involvement is, arguably, an even greater asset.

As with any observation over the last year, nothing can be read with certainty. The sentiment is certainly more positive than it has been in many months but, without promising new projects showing off their achievements, it may lead to little in the markets. What is important to remember, however, is that those unique, well-managed projects do exist and are transparently seeking support. Where better to find them than behind a modest conference booth?