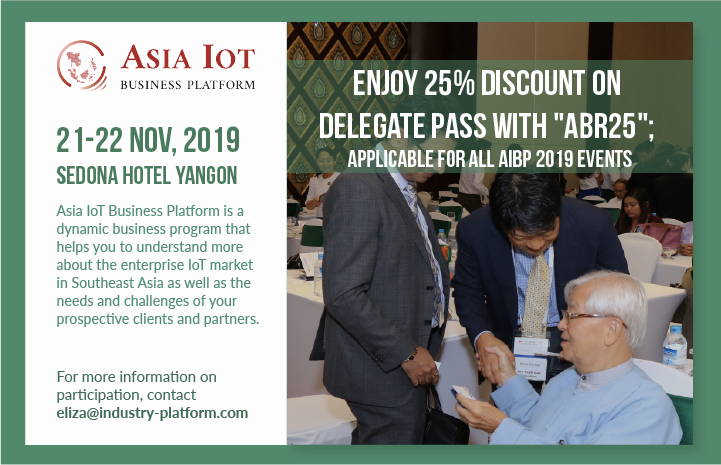 Dubbed as “Asia’s final frontier”, Myanmar is one of the world’s fastest-growing economy, driven by economic reforms, public consumption and steady gains in FDI. Myanmar’s economic growth is projected to increase to 6.8 percent in 2018/2019.

To further develop the local market, the government has implemented several initiatives to digitalize its economy. In July 2017, the government formed the Digital Economy Development Committee (DEDC) with the aims of developing Myanmar as a knowledge hub, digital hub, and innovation hub.

As part of the ASEAN Smart Cities Network, Myanmar’s largest cities will realise the vision of urban development through digital technology to serve as an enabler to resolve urbanization issues. The government is inviting investment in master plans from both local and international businesses.

In partnership with Asia IoT Business Platform, Asia Blockchain Review members and partners are entitled to 25% discount by using “ABR25” for delegate registration. For more information on the conference and participation, contact [email protected].