Empowering the Masses with Self-Sovereign Financial Services with SovereignWallet

Asia Blockchain Review recently spoke to Seokgu (Phantom) Yun, Founder and Chief Scientist at SovereignWallet, a fourth-generation mainnet project that is focused on realizing “mobile blockchain” which will allow the masses to run full node using the SovereignWallet App on their mobile phones. In this interview, Yun addressed issues such as scalability, security, meta blockchain, and SovereignWallet’s mission to enable self-sovereign financial service to millions of people.

Asia Blockchain Review: How has your experience as one of the top security experts in Korea played a part in the establishment of SovereignWallet?

Seokgu (Phantom) Yun: My University Advisor, Prof. Clifford Neuman at the University of Southern California (USC), is one of the top experts in digital cash technology. After graduating from university, I worked in a financial security-related field for more than 20 years. One of my achievements was to develop third-generation secure chat with military-grade security. After we became the leading technology company in secure chat, I extended the product to cryptocurrency transfer and established the Sovereign Wallet Network. In secure chat, we transfer chat data. It was a bit overkill to have maximum security for just data. However, as soon as we changed the focus to financial data that is cryptocurrency itself, the security features and my knowledge in computer security became crucial assets in building the most secure cryptocurrency wallet.

ABR: Can you tell us about the services as well as the key security features of SovereignWallet?

SY: SovereignWallet is a messenger-style cryptocurrency wallet. Instead of using complex cryptocurrency addresses, users can use friend names and other identification information to transfer funds. It is not only very easy to perform the token transfer, but also a very safe way to transfer the funds. Conversely, one character mistake in the address value could result in the loss of all funds in the transfer action.

SovereignWallet is one of the first wallets to apply machine-learning security. The SovereignWallet app itself automatically detects any security risks in the environment and protects the app and the user’s key information to prevent any hacking of funds.

SovereignWallet applies zero-knowledge encryption to protect a user’s private key to prevent server-side attack while enabling the recovery of a private key in case of device loss or failure.

ABR: Can you tell us about your work with the University of Southern California in designing a protocol for the “Meta-Blockchain” in the concept of “Rewriting Satoshi”?

SY: USC’s Prof. Bhaskar Krishnamachari is one of the top experts in IoT (Internet of Things) and Blockchain technology. In our joint research with the university, we are working toward designing fourth-generation blockchain technology that can realize the dream of both Satoshi Nakamoto and Friedrich Hayek. From my understanding, Satoshi dreamed of creating digital money that is inflation-free and can be used as a store of value. Hayek dreamed of the denationalization of money and having various money systems compete through market mechanisms.

In keeping with Satoshi’s vision, we are building a blockchain bank that has a decentralized central bank or DCB. This DCB controls the circulating volume of the currency and stabilizes the value of the currency. In keeping with Hayek’s vision, we are designing a shared blockchain in which everyone can publish their own money. Currently, people can use Ethereum’s ERC20 token to create their money. However, ERC20 tokens have different privileges from Ether, the native coin of the Ethereum blockchain. The functionality of ERC20 is very limited and costs are too high compared to other Ether and other mainnet coins. In Meta-Blockchain, every programmable token has equal privilege and Meta-Blockchain will act as their mainnet. Since we are aiming to run blockchain nodes via our mobile application, anyone with a smartphone can be a node operator of Meta-Blockchain. This will make Meta-Blockchain one of the first truly decentralized blockchain platforms.

ABR: What are some of the obstacles preventing the mass adoption of cryptocurrency and blockchain?

SY: I assert that most of the current cryptocurrencies are decentralized in structure but very centralized in operation. In one block time, only one node can work on creating the blockchain. This structure prevents the blockchain from scaling up and achieving higher performance. The technical dilemma, a trilemma, prevents any decentralized system from achieving both high performance and security. Many cryptocurrency projects sacrifice either performance or security. This is not a useful system for everyone and no mass adoption can take place. 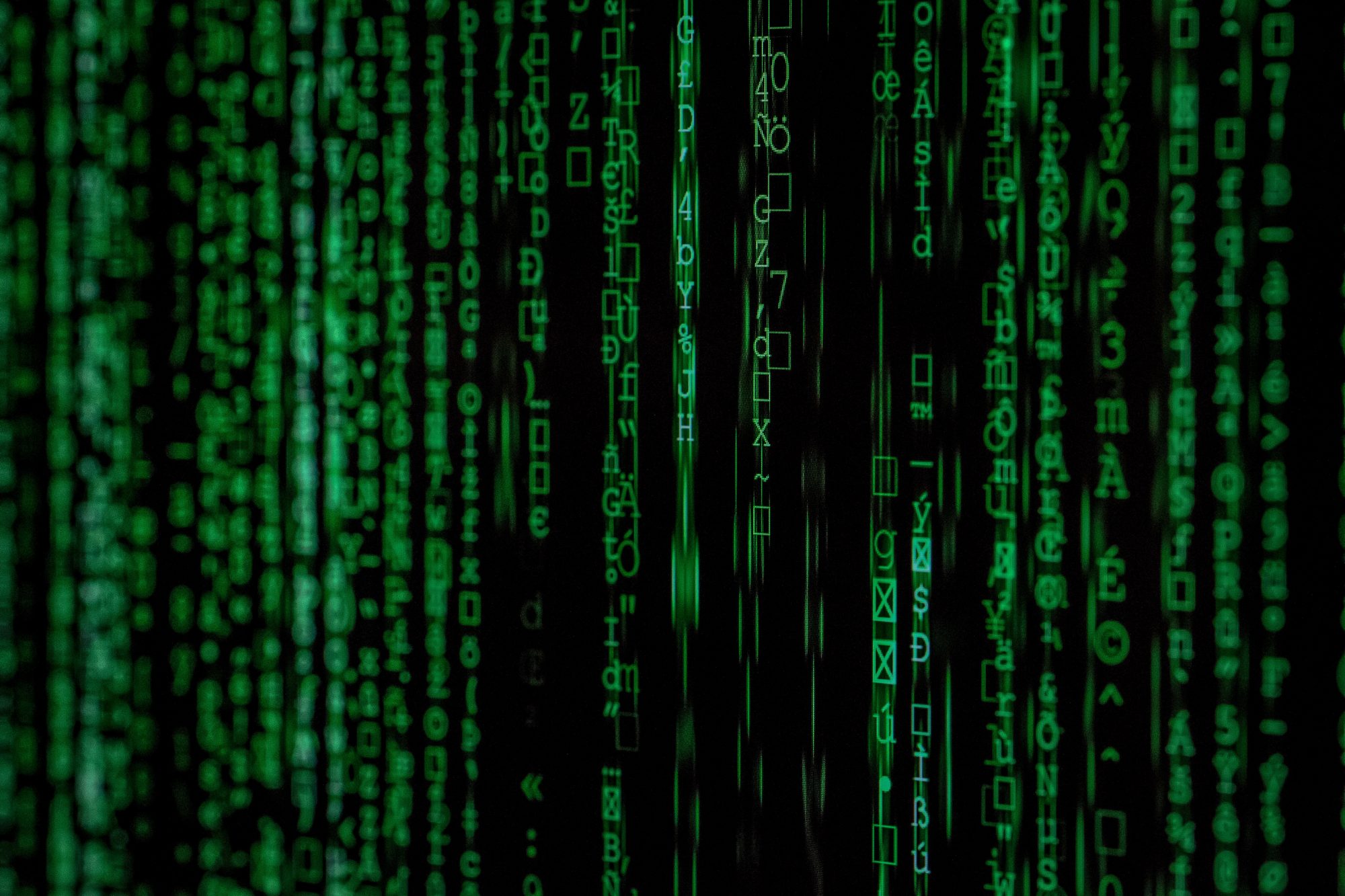 ABR: Can you share with us the development of your native stable token MUI? How is this token different from other stablecoins?

SY: I designed the MUI token to be “value stable.” Instead of having a “fixed value” by pegging it to a fiat currency, we are earning and accumulating assets that will sustain the intrinsic value of MUI. Since MUI is a utility token for the SovereignWallet App and M.DEX service, it is associated with a service that will generate profit. This profit will become a source of money to accumulate assets in the MUI treasury and, in turn, back the value of MUI. This mechanism is similar to a commercial company that backs the value of its stock with its net profit.

In summary, MUI is a “value stable” token. Unlike any other “pegged” stablecoin, the price can vary. With the MUI ACB and MUI treasury, volatility is minimized and the value will gradually increase in the long run.

ABR: What is the long-term goal of MUI? Can you tell us about some of the token’s milestones and achievements?

In April 2019, we launched M.DEX inside the SovereignWallet App. M.DEX is a mobile decentralized exchange. The profits of this service will accumulate in the MUI treasury to back the value of MUI. In October 2019, we will launch a centralized crypto exchange. MUI will become the exchange coin of the crypto exchange. The Meta-Blockchain mainnet will be launched on January 3rd, 2021. At that time, MUI will become the mastercoin of Meta-Blockchain to facilitate the currency exchange between various coins on Meta-Blockchain.

ABR: What is the progress of SovereignWallet’s Mobile Decentralized Exchange (M.DEX)? What are some of the features that it will offer to users?

SY: We launched M.DEX in April 2019. M.DEX is a mobile decentralized exchange that provides custody-free, fixed market-rate, and inter-blockchain exchange.

Unlike most centralized exchanges that allow for the “betting” of token prices, M.DEX only allows fixed, market rate exchange. For professional traders, this could be a little unsatisfactory, since they cannot maximize profits. However, that market mechanism has two drawbacks. Without a large user base, the chances of matching a trade are normally very low. Also, novice users who mistakenly settle the price of a coin lose large amounts of value easily. By having only the market price exchange, we eliminate the possibility of price setting mistakes and increase the possibility of matches.

M.DEX is one of the first “working” inter-blockchain exchanges. User can directly trade between ETH and BTC or ETC20 token with Bitcoin. Since M.DEX is a decentralized exchange, every transaction is performed on the blockchain and is very secure.

ABR: In your opinion, what is the future of blockchain, and when will it reach mass adoption?

SY: I believe the future of blockchain lies in the fusion of both decentralized and centralized blockchain. Traditional “centralized” digital currency researchers were surprised by cypherpunk-created “decentralized” cryptocurrency technology. With the advancement of blockchain and consensus technology, digital currency technology is now adapting blockchain technology. SovereignWallet’s Meta-Blockchain is a symbolic effort to achieve this goal. Once Meta-Blockchain is launched on January 3rd, 2021, the world will have a working blockchain platform that is very secure, very fast, and most importantly, accessible to everyone so that they can use it every day without any boundaries. This is the moment in which we can accomplish the original vision of Satoshi Nakamoto and bring about the mass adoption of blockchain technology.