With blockchain technology being adopted across multiple industries, the gaming sector is the next to see a major shift made possible by blockchain. 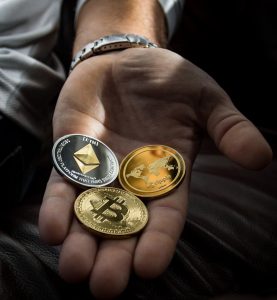 In the gaming world, players have long been familiar with virtual currencies used as transactions to purchase items within games, from ‘FIFA Points’ in FIFA, ‘V-Bucks’ in Fortnite, or even the virtual currency in Star Wars: Battlefront 2. With the video gaming industry generating steadily increasing profits every year, cryptocurrencies have a market that is already ripe to adopt blockchain technology.

A clear example of this adoption is the creation of non-fungible tokens (NFTs), which essentially means that they cannot be liquidated into fiat money. However, NFTs can be interchanged among other cryptocurrency tokens. Blockchain gaming has already been around for some time, and experts in the field have voiced their opinion that the gaming world may very soon see rapid growth in the use of cryptocurrencies among gamers.

The attraction of blockchain technology is its ability to offer clear proof of ownership and transparency for users, both of which are considered key in the gaming world. Blockchain, with its special characteristics, is quickly becoming a solution for the future of gaming. 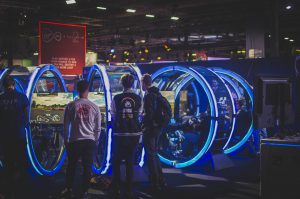 For years, gamers have been familiar with in-game currencies, which grow with the number of users. At the same time, video games rely on technology, and with the development of technology, the gaming world will also benefit from the adoption of blockchain in the industry.

Blockchain is also a solution for many lingering problems in the gaming world. An issue of concern faced by many gamers is the possibility that their progress in a game could be lost due to hardware malfunction or corrupted programs. With players heavily invested in their games, both mentally and financially, their experience may be ruined if their progress or virtual currencies disappear. A major incentive in many games is the ability to equip avatars or characters with better and more prestigious weapons and gear as players advance.

To this end, blockchain technology is a great solution for the gaming industry, as it can offer absolute digital ownership for gamers.

First of all, NFTs or non-fungible tokens, are pieces of digital content which are bound to the blockchain. As NFTs cannot be liquidated, each NFT is part of a finite supply and also unique to itself. With each NFT being distinct and unique, it is rare, and its overall value goes up. In the gaming industry, if a player converts an NFT to virtual currency used in the game, they will be able to carry out transactions with the currency, such as purchase a new weapon or costume for their character.

This is where blockchain comes into play, as blockchain is a type of distributed ledger technology. All users connected to the blockchain will recognize which items belongs to whom, without sharing the actual identity of each user.

Blockchain is a ‘distributed’ ledger, which means that the system operates using numerous computers or nodes around the world and is not tied to any centralized agency or authority. With decentralized power, blockchain is immutable and cannot be altered retroactively, reinforcing its transparency.

For the gaming industry, this characteristic of blockchain technology means that if a player comes into possession of an item in a video game, the item will automatically be transferred to the player, and no longer belongs to the game developer. The item will immediately become unique and cannot be duplicated, creating digital scarcity, and its price will increase as a result.

Forward-thinking game developers have already recognized the need for blockchain technology in the gaming industry, and many programmers working for large video game corporations like Nintendo and Microsoft are making progress with developing blockchain for video games. For example, the Ethereum blockchain has been a pioneer in blockchain games, offering a tool for developers to create decentralised games and applications called dApps. However, dApps still lag far behind AAA titles or games offered on Playstation and Xbox.

Looking forward, many in the gaming industry have signalled that a shift is coming, with new games such as a first-person shooter that incentivizes players with a stake of winning or losing cryptocurrency according to their number of kills.

Exciting times lie ahead, with projects to be launched by game developers who are focused on building a decentralised system for gamers.